ENWCo were not the only American watch company to have their own Military Band throughout the history of watch manufacturing in the USA both Illinois and Waltham also had Military Bands.

This chapter of the Watch Company deserves more of a story than has been presently published on the internet and it has only been briefly covered in existing books to my knowledge. Elgin after using the Almanac for several years as their primary advertising market; saw the market being flooded with other magazines and decided that they needed another form of advertising.[1]The Watch Word, 75th Anniversary Edition They decided to take on the debt of the old Elgin Military band that had been organized in 1878.[2]The Watch Word, August 1925 The most likely reason they decided to take on the band and it's debts was the fact that at least one employee was an original organizer of the Elgin band and several employees were already members of the band. 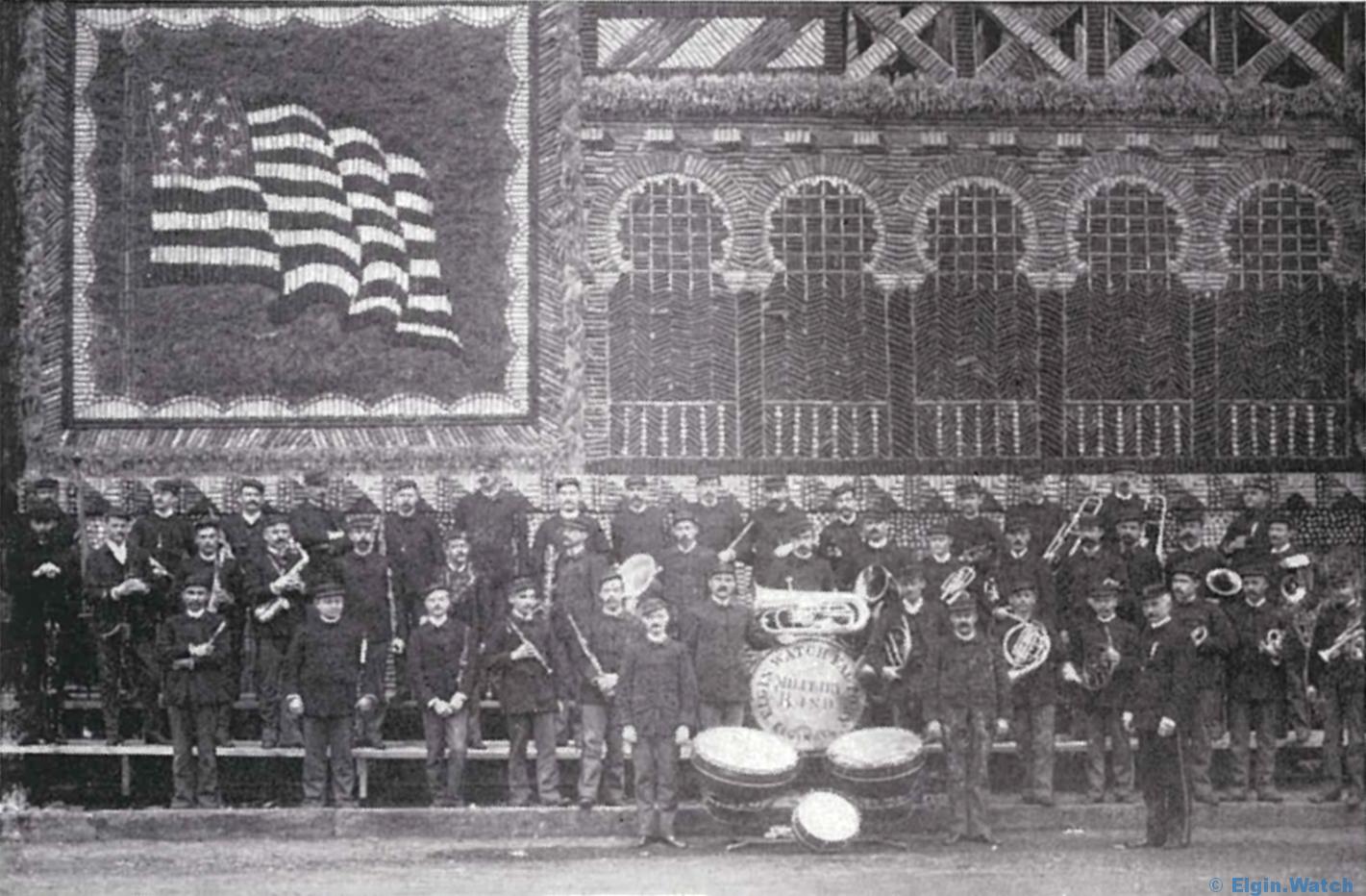 Just how popular was the Watch Factory Military Band ?

These extracts are from the Chicago Century, June 23, 1888 and were reported two years later in the Fort Worth Daily Gazette in relation to selected the Watch Factory Military Band for the Spring Palace

"Finest band in the world"

"That Hecker is a prince of conductors"

"One might almost regret, indeed, that such admirable harmonies were expended on the somewhat in harmonious politicians"

Like orchestras of exceptional merit "The Elgin Watch Factory Military Band" is not a temporary or changeful combination of musicians. On the contrary it is a growth - a development - as are the great Marine band at Washington, D. C., the beautiful Mexican band also now in this city and the various royal military bands that are the pride of certain European capitals. Consisting now of an ensemble of seventy six performers, all admirable musicians and drilled by Professor Hecker into a sympathetic union of sentiment and execution, this Elgin band was first organized with thirty members in the year 1875. Aiming no less than the highest standard of excellence its members rapidly increased, many amateurs of considerable skill being attracted to the Elgin watch works, chiefly by this opportunity to enjoy and cultivate their darling science. This the organization became speedily noted, and the success of its exhibitions was marked as t suggest the expedience of procuring for its director of real musical eminence, who could give to this material both soul and form and lead it on to achievements in the very empyrean of "this divine art." For this purpose Europe was carefully scanned, and the well-advised choice fell on the young bandmaster of the Eighty-second British regiment, Price of Wales volunteers, Mr J. Hecker. This gentleman was a native of Nassau, Germany, and - well, a born musician. Like all who have manifested great musical genius he early showed his predilection, and being placed under the most eminent masters was at ten years of age first violin of an orchestra, of which at fifteen he became director, and so continued, besides being organist of the cathedral in his native city, until he had reached the mature age of twenty!. The English are decidedly among the keenest critics and most liberal patrons of the art, the young professor turned to seek fame and fortune. He soon won an instalment of both, being almost immediately chosen as civilian bandmaster of the regiment. Here he at once delighted the connoissuers, not only by the matchless discipline of his band but by his introduciton of a much highger order of compositions than had hitherto provailed with it and its kindred organiztions. He was a missionary of art, and his admairably arranged selections spread the infection of his taste.  String basses, which he was the first to incorporate into a military band, were very soon familiar in the British regiments, He put forth hundreds of original compositions, charmingly conceived, and at the age of twenty-two amazed the musical world by arranging for his badn the symponies of Hadyn and Beethoven, and published and performed them, too, with brillinacy of success tat not only drowned criticism, but made them henceforth a feature of the library of every first-class band of sufficient numerical strength.

Such is a capable gentlemen whom the Elginites stole from Britain into this more inspiring climate.  And his success with their band has most nobly justified the promise of his earlier career. He has made it an institution, and a pride not only to Elgin, but this whole state and people. its appearance in any of our great cities is now the signal for ovation, and the new compositions of Mr. Hecker are watched for by the public with expectant delight. The critics of the press have but one opinion on this Elgin band, and its tersely put by our illustrious governor,  "Uncle Dick" Ogiesby, who warmly avows that "It is the best band in the United States." Under its genial and gifted leader, Professor J. Hecker - whos is no less a social than a musical favorite - it is sure to maintain this proud eminence, and we read its future greatness is the statement that it now has engagements for two years ahead.[4]Fort Worth Daily Gazette, April 18th, 1890

To say that was a great spin is a little understatement, later reading the article announcing the death of Prof. Joseph Hecker provides a differing story of how he came to the Elgin National Watch Company

"Prof. Hecker's life was remarkably full and useful. He was ever studying and ever teaching. Born in what is now the south of Germany, Aug 22, 1845. He went to England when a boy and settled in London, where he rose rapidly. He was made bandmaster of the 82nd regiment, which was made famous under the personal direction of the Prince of Wales (King Edward). it was while in England he married Jane Astin. His wife died five years ago. After a residence of several years in Winnipeg, where he led the Knox church and the Central church Society, he received an offer to go east. A short residence in Montreal was followed by a call to Elgin to direct the famous Elgin Watch Factory Military Band. That was in 1883." [5]The Winnipeg Tribune, March 3d, 1917

The prior version defiantly had more panache; regardless of how he came to the watch company; it was a winning combination that brought great advertising to the company.

The following are just some of the performances of the band that we have identified. We are sure there are more and if you can add any to the list, please feel free to contact us and provide the details.

22nd of February - Parade in honor of Washington's birthday

19th of January - The Armory

25th of January - Concents in Chicago

21st of October - Annual Musical Festival at the Auditorium

24th of May - The National Union

31st of May - Memorial Parade

It was reported that the Elgin Watch Factory Military Band and Professor Hecker had an estimated 6,000 songs at the disposal. During the week of the Texas Spring Palace, they were kind enough to publish the music programme for the band in the newspaper for each day's concerts.

These are the songs they performed in that week

Members of the Band

We have been able to piece together a partial list of band members and their position so far; which is as follows 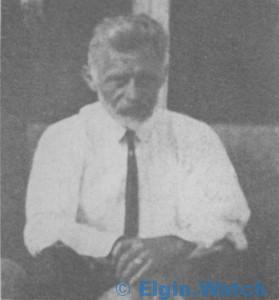 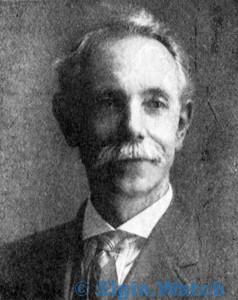 On the last night of the Texas Spring Palace, tragedy struck in the form of a fire that quickly spread through the wooden structure.

It took just 4 minutes to burn the wooden structure to the ground, amazingly out of the 7,000 guests, there was only one death as a result of the fire, Alfred S. Hayne who gave his own life rescuing other people. You can read more about the monument to Alfred S. Hayne on this blog post.

The fire happened during intermission or just after the Military band had finished their concert for the evening depending on the articles you read.

The Military band lost the following [6]The Watch Word, February 1948

This was a substantial loss for the Military band as you can imagine and an even greater loss for Alfred S. Hayne. 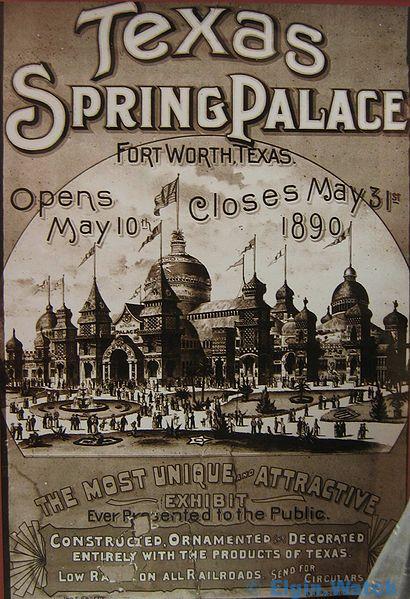 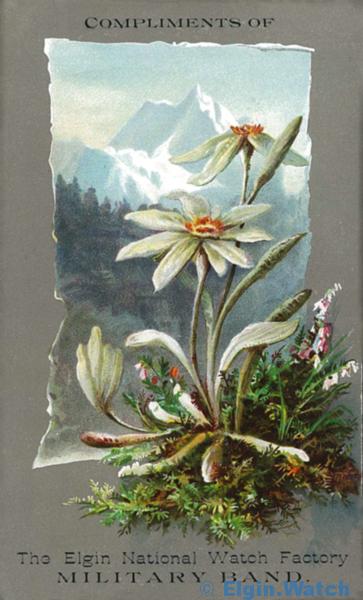 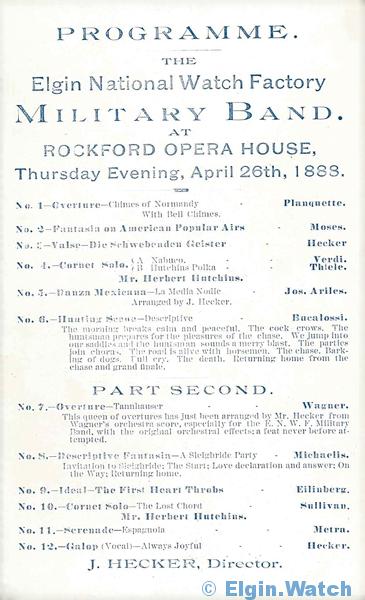 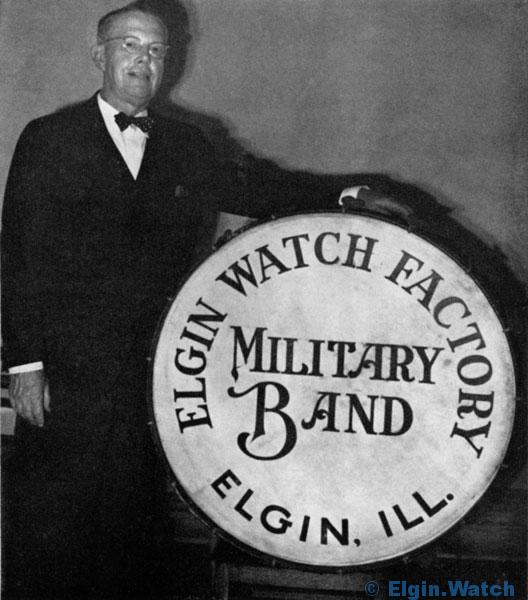 In 1947 the bass drum was presented to the city of Elgin by Merton W. Matteson of Harrison so that it might be provided to the Lord's park museum. The Watch Factory had the drum restored to its original state and through the co-operation of the City of Elgin, placed it in the Lord's park museum. [7]The Watch Word, December 1947 Posing with the drum is Edmond E. Fish (Machine department Jobmaster) who's father Augustine Thomas Fish played the bass drum with the Military Band.

In 1948, through the co-operation of the Watch Factory, The Elgin Daily Courier-News and the City of Elgin, it was loaned to Fort Worth for one year so the relic of the great blaze may be seen by thousands in the Lone Star State. The drum has been placed in the Texas History Room of the museum. [8]The Watch Word, February 1948 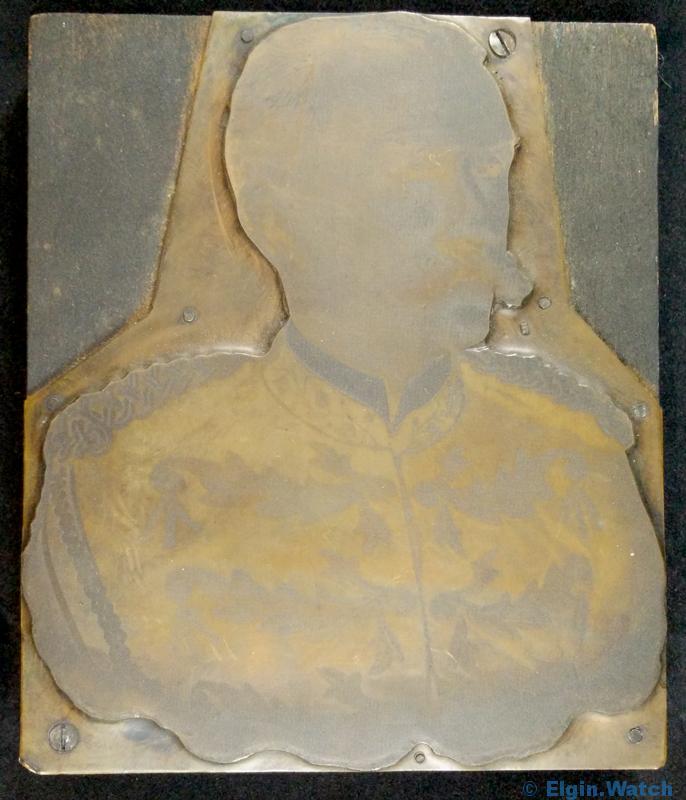 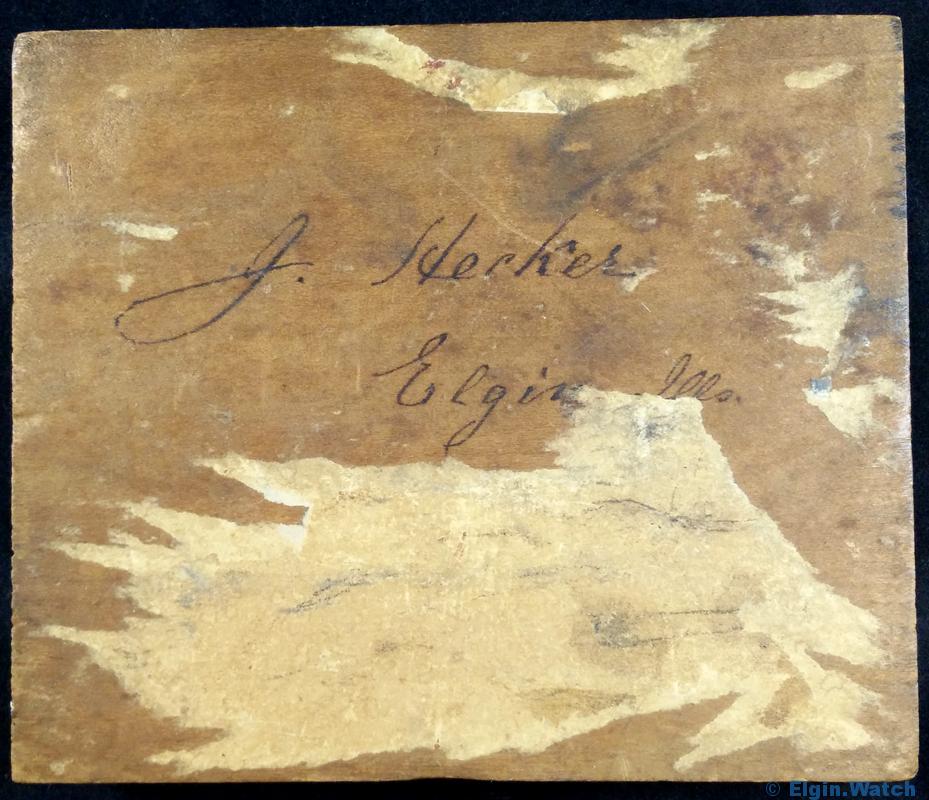 While researching it became quite apparent that Hecker's four children were quite talented and naturals when it came to music. During the later performances of the Watch Factory Military Band it wasn't uncommon for his children to be listed among the performers or them having their own program before or after the Military Bands.

One such performance at the Regimental Concert at the Auditorium, it was reported his children:

did some remarkably clever playing, which was repeatedly encored. Their quartet, "Jean de Paris", with four hands on the piano and two violins, was brilliantly executed. Stella gave some will received piano selections, Carl's rendition of the "Carnival de Venice" was twice encored, and little Cecile's execution of "Romance L'Eclair" on her violin, was delight of the audience.[9]The Inter Ocean, October 21st, 1891